On July 29, 2021, Newport Fire Company along with other Bensalem units responded to numerous incidents caused by storms and a tornado that ran through Bensalem Township.
The night started when an apartment fire was dispatched at Creekside Apartments. Engine 44 responded to that assignment and was returned en route. While returning to quarters, Companies were dispatched on numerous assignments throughout the township. Engine 88 was redirected to Faulkner GMC for the building collapse. Engine 88 and Chief 44 responded and were blocked by a downed tree on Old Lincoln Highway. Engine 44 was redirected to Penn Valley Terrace. Engine 44 arrived and was also blocked by a downed tree entering the complex. Engine 44’s crew worked to evaluated numerous residences damaged by the tornado throughout the complex, while Engine 88 and Rescue 9 of Parkland Fire Company worked to clear the entrance of the tree. When the tree was removed, units were sent throughout the township handling other emergency incidents. Chief 44 was brought to the Bensalem Command post and Engine 44, Deputy 44, and Special Service 44 staged at the Neshaminy Mall until companies were released.
Photo credits to Courier Times. 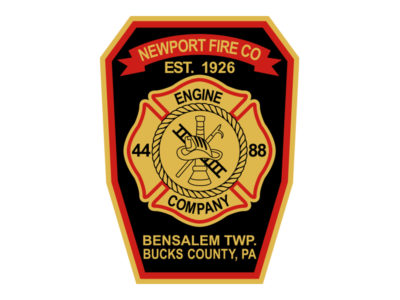 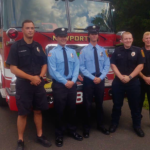